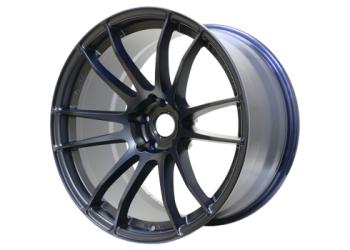 Literally an extreme model that set the dedicated face design for each inset, to attack to the limit to conform to the hub and the caliper in order to enjoy for every car that cuts out sports. As one piece of casting, we prepare over 30 patterns of face design, a model that symbolizes Maid in Japan and Raise. Design has laid down the traditional six-spoke raise, we introduced a thin twin spoke silhouette that draws a light feeling. Please also pay attention to arrangements that draw glamor, such as deep faces which adopted Concave design early and side machining introduced by SP spec.