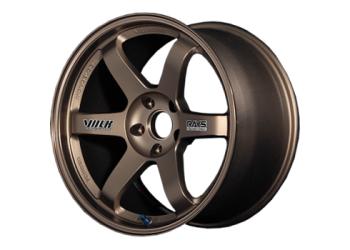 As the debut of 3.7 kg at 15 inches TE37 that appeared as a weapon of nonstandard lightness. It is a masterpiece of Volk Racing which is suitable for calling as masterpiece, which has forged the manufacturing process to the world, has survived beyond the age while producing many followers. The six-spoke excellent in stress dispersion and the boned design that eliminates any embellishment can be said to be a standard design of a sports wheel considered by Raise. We introduce concave designs with different faces for each size as quickly as possible, and we are preparing size settings that correspond widely to big caliper as well.